Chasing water in the Olympic Peninsula

The Olympic Peninsula – the true rainforest of the northwest

The Land and Ecosystems
The Olympic Peninsula of Western Washington is one of my favorite places to spend time.  It boasts over a million acres of protected lands and covers a variety of ecosystems from some of the biggest old growth forests I’ve ever had the privilege of seeing, miles of coast line and numerous mountains.

The park overlays the ancestral lands of several native American tribes. I was able to visit some areas in and around the park that are on Quinault, Samm’ish, and Skokomish ancestral lands.  Due to pandemic concerns much of the coastal trail systems that pass through tribal land are closed to the general public. *Quileute and Makah tribal lands and park access are closed to the general public at the time of this writing.

Whitewater Kayaking in the Olympic Peninsula
To avoid crowds both traveling and while recreating, I’ve been fortunate enough to enjoy a certain type of adventure that discourages both large groups and spectators. Whitewater kayaking in the Olympic Peninsula is a pastime that requires word of mouth, patience, and a good set of hiking shoes. With a weeklong vacation coming up, I began to plan a trip to the peninsula with a few close friends, keeping our group small and isolated — both for cover concerns as well as the nature of the type of adventure we wanted to go on.

Many of the rivers that flow out of the mountains in the Olympic range are amazing salmon fishing at the wider portions. They wind their way out of the mountains and valleys towards the ocean passing through deep gorges along the way. I saw so many fish while paddling, the backbone of an ecosystem and culture for ages. But the sections we were most interested in are tucked away in the deep gorges the rivers cut through the hillsides and ridges.

This trip out from home, I took a late night drive to meet my friend Chris to paddle an upper section of the Dosewallips river. I spent the night at the state park at the river’s mouth in Dabob bay and hood canal. It was actually really nice with picnic tables, showers (I wasn’t motivated to use them but they’re there) and well-lit bathrooms. In the morning we met at the end of the forest road that would take us to our hiking start and packed our gear and began hiking. 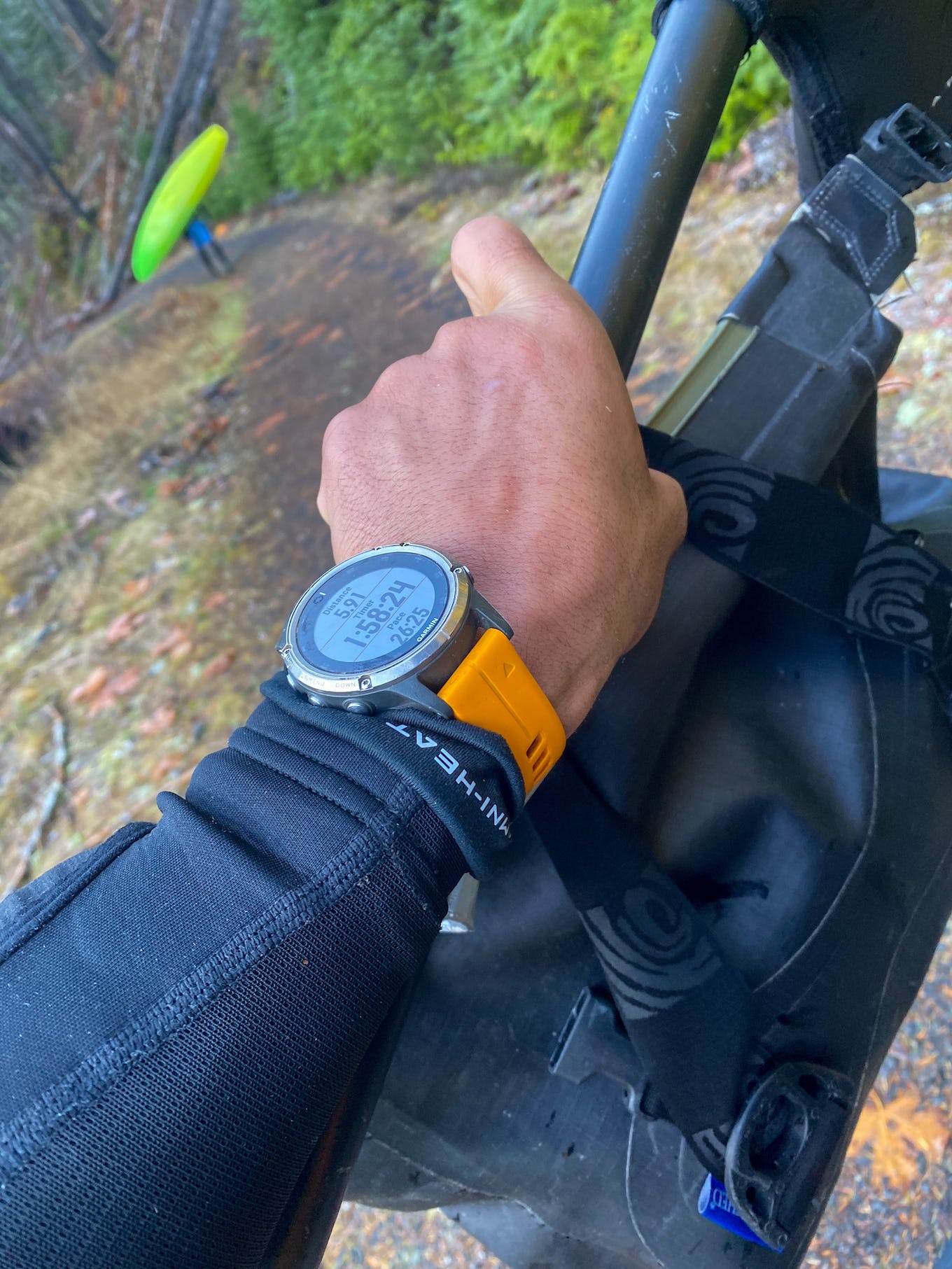 The trail along the Dosewallips river is beautiful. You’re treated to glimpses of the river as it switches from glacial braids to gorges and back again till you reach the sections with more bedrock. There you begin to see rapids and glimpses of what lies upstream, before the trail takes you up and away from the river through old growth timber stands and fire scars.

A note about the trail: it’s a decommissioned road, so it is one of the nicer trails I’ve hiked a kayak down. For reference, Chris and I hiked 6 miles in 2 hours with around 50-60lbs of gear. It was a very nice trail. 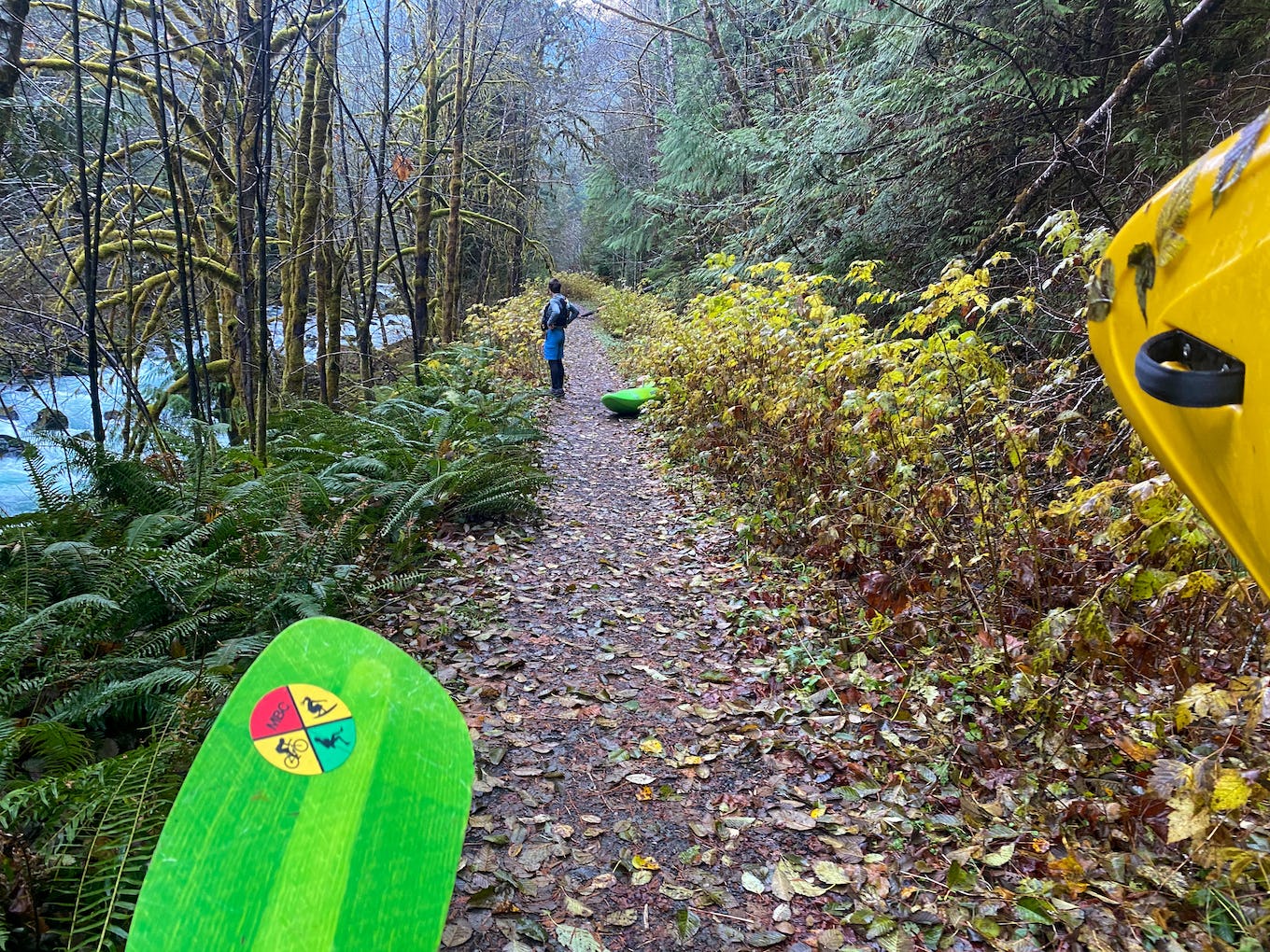 Elkhorn Canyon of the Dosewallips has been on my bucket list since I started kayaking. It’s the kind of thing that makes you feel like you climbed a mountain, won a race, cooked the perfect pot roast, whatever floats your boat. It’s that. The river, though it cannot disappoint, has no feelings. No cares about how I interpret it. It was stupendous and exceeded every expectation for how the day would go…and we still paddled out in the twilight.

We had been so excited to get started and make sure we made good time on the trail that we didn’t mark the take out. We ended up pulling off the river a quarter mile early in the flat glacial braid section and hiking back down to the cars. We marked the trail for later trips. 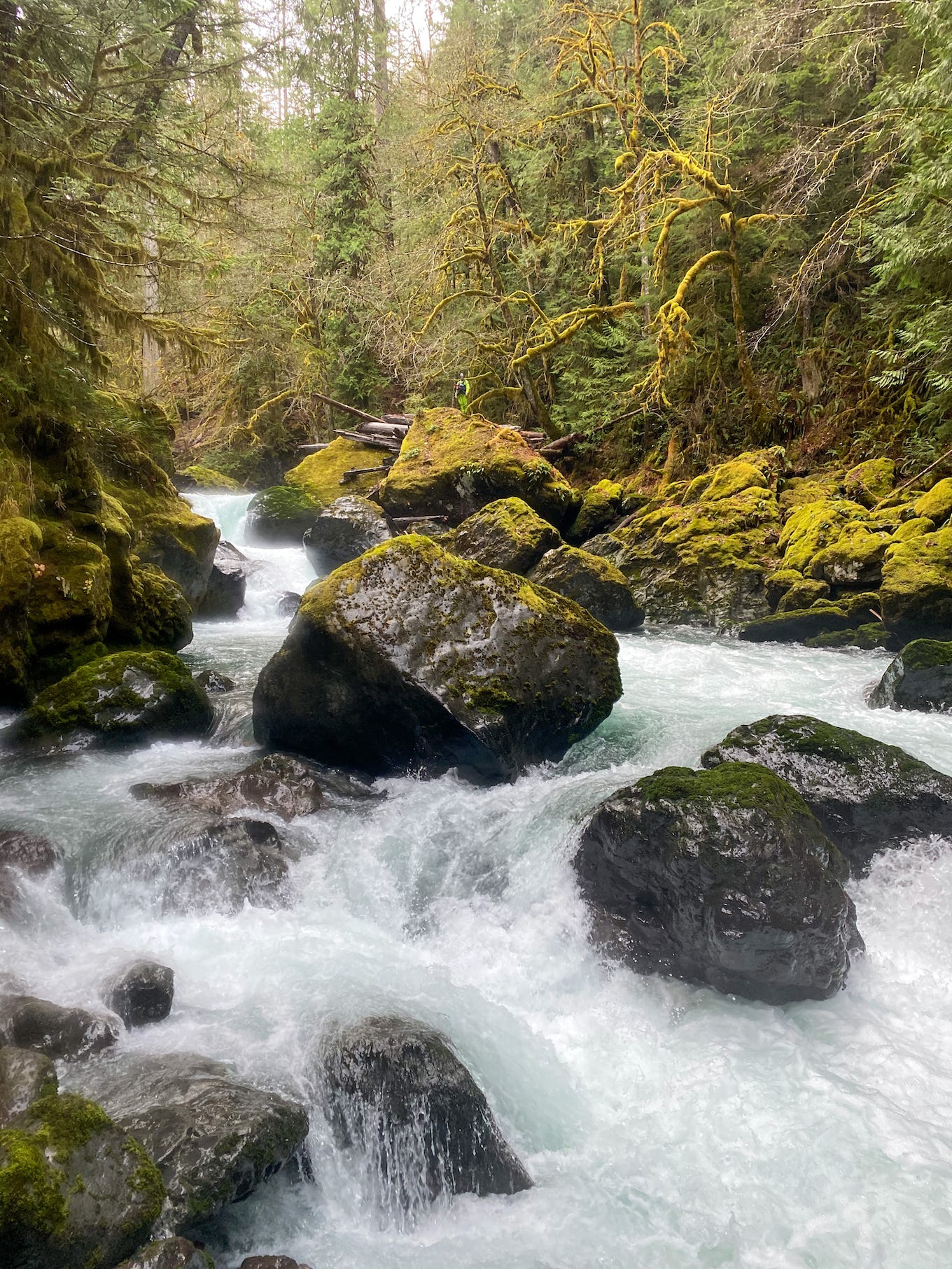 A note about finding this campground: make sure and check your GPS when heading to this campground, as Google may send you to a decommissioned forest road that will leave you a few miles and a lot of bushwhacking shorts. If you’re on Queets River Road, you’re in the clear though.

Queets River runs through Quinault lands and this region has some of the biggest trees I’ve ever seen — in the river, in camp, as far as you can see. The campground hosts several monoliths including a Doug fir they call attention to. But for us the Sitka spruces intermingled were giants of a different order and called our attention as we wandered around.  One of the group found a true mega flora and we spent a good evening measuring hugging and laughing about the 44t circumference being we got to say hi to.

Exploring the Sams River
Our trip to the Queets valley though was to explore another drainage, the Sams river. We hiked up yet another decommissioned forest road till we found the put in spot we searched for. The road was in such dishes that the forest had long since begun to overtake the road course. We hiked for several miles on a thick mat of down leaves and mass till we reached a big that was so covered it was like laying on a memory foam mattress. 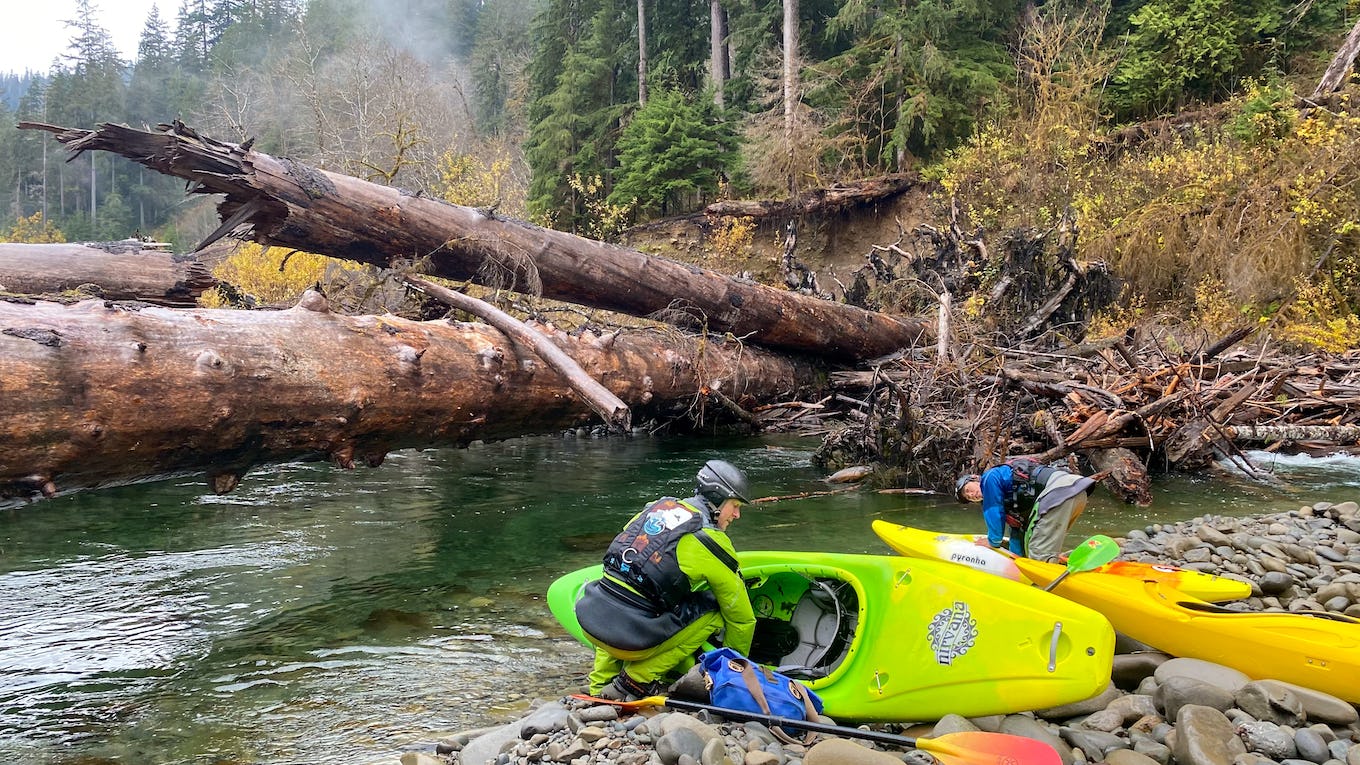 Several cold hours and much fun later, we found ourselves back at the Queets River campground. With ample canopy cover from the forest giants, we settled in for an afternoon of warming up and hot lunch before we decided to head back out on the road and onto the next portions of our respective adventures.

Those were just the first two days of our Olympic road trip.